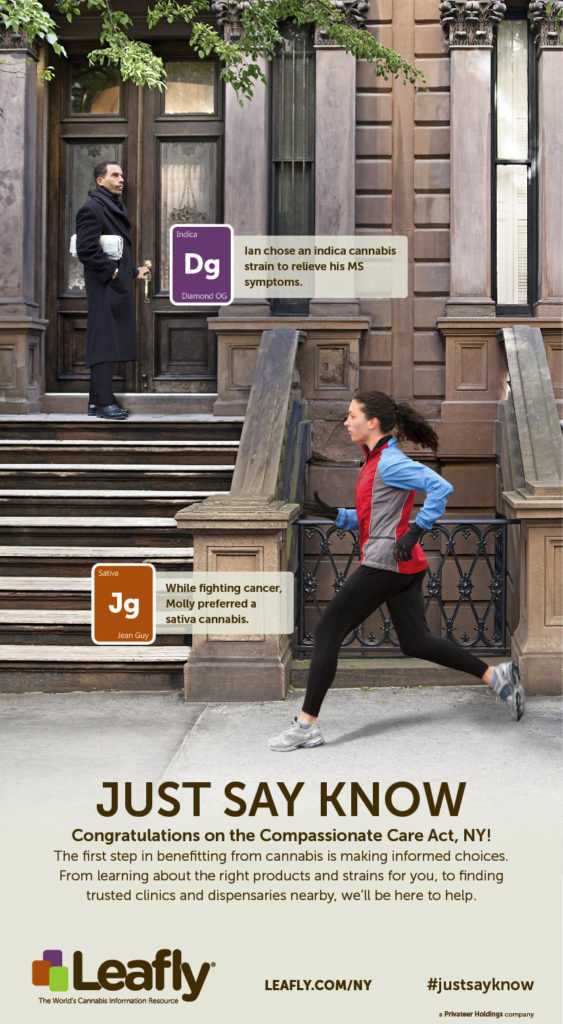 Marijuana users and advertising to them has existed as an open secret for a very long time, but that hasn’t stopped it evolving into a force which will continue to change. In the past year, the appearance of the first cable-broadcasted marijuana commercial and the first New York Times ad for marijuana have brought a larger conversation about the history and future of marijuana advertising.

Medical marijuana led the charge of legalization in America and it also provided most of the early forms of advertisements. Before the Marijuana Tax Act of 1937 made possession illegal, doctors, pharmacists and merchants touted the medicinal properties of pot in every form available. From matchbooks to in-store standing displays, distributors sold cannabis based on its pain relief and calming affects. This angle runs in tandem with the New York Times ad, which features the strains preferred by regular people when receiving other medical treatment. After the 1937 legislation marijuana usage and its advertising went underground until it could reemerge in just the past few years.

Businesses can’t advertise any product they want. Governmental censure bans the advertisement of many products because they fall under the realm of commercial speech, and not free speech that citizens enjoy. Cigarettes and alcohol are just a few of the examples of products which have fallen under heavy restrictions from the government and pot could follow. Marijuana advertising lives in a tricky place. The Supreme Court decides whether an advertisement meets constitutional standards by first and foremost asking if it advertises something legal. Well, while marijuana continues to be a schedule one controlled substance by the federal government, but also legal in the state of Washington and Colorado, advertising pot leads to a bit of a legal tangle. The constitution’s supremacy clause makes it pretty clear that federal jurisdiction trumps the states when such a discrepancy exists. However, the feds have remained relatively quiet on the subject and have not yet stepped in to regulate or stop the current advertising experimentation. This hesitancy on the part of the federal government does not mean marijuana advertisers are safe and sound. The issue remains and there’s always the threat of a federal crackdown at any moment. Advertisers would be wise to keep this in mind.

Deciding the Future of Cannabis Advertising

Whatever happens to the future of marijuana advertising will be decided within these first few years. As the legality becomes more culturally accepted and more states possibly join the cause, it will only mean more testing of the advertising norm. Unfortunately, it will also most like mean stricter scrutiny by the federal government. The commercial and the New York Times page speak to the reality of what marijuana advertising can be — they are both smart, engaging pieces that have an air of maturity without sacrificing personality. Today’s marijuana advertisers will continue to set the stage for tomorrow and only time will tell how the new practice will evolve.