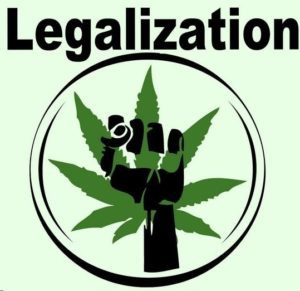 Not everyone voted for Initiative 502. A full 44 percent of the Washington population checked ‘no’ on the ballot that brought us legalized pot. Many believe legalizing marijuana will destroy the county, children, everything! However, a variety of compelling arguments exist on the other side of that debate, beyond the desire to get high.

Here are a few reasons why keeping pot legal could benefit Washington, its children, everything!

A longstanding reason for the legalization of recreational marijuana is that it will help end the practice of convicting people for possession, only to send them away to prisons -stuffed with harder criminals- and return them to society worse than when they entered. The process to winnow these convictions down to drug rehabilitation has taken shape over the last few decades, but many, including a great majority of Washingtonians who voted in favor of I-502, believe making recreational marijuana use legal, is the right solution. The hard tactic towards drug possession has also proven an expensive pursuit. The White House’s Office of National Drug Control Policy says national budgetary spending on drug control rose up above $15 billion by 2009. With so many worse drugs out there, using some of that money to catch a casual marijuana user with a joint seems egregious and wasteful.

Legalization of marijuana might make climbing out of this Great Recession nightmare a little easier. Although the numbers for Washington are scarce, the news out of Colorado is that the new recreational industry has already created thousands of jobs and analysts expect that impact to grow. They aren’t just talking about the scarce retail jobs, but the need for workers in the vast indoor and outdoor farms that need tending, the processing of different products, and staffing the businesses to sell to stores. That doesn’t even touch on the government side of things (the permit investigators, the communications staff, even the testing facilities to track the plants all benefit from the legalization of marijuana).

A growing body of studies is showing that marijuana is safer than alcohol, both in the short term and the long term. Many studies have also suggested that users substitute marijuana use for alcohol. Supporting legalization reflects a public health perspective to promote safer options for recreation. At the most extreme level, the Center for Disease Control found 25,692 deaths attributable to alcohol in 2010, the most recent data available. While the same study found zero deaths attributable to marijuana, subtracting indirect causes such as traffic accidents. One study shows that over 41 percent of its respondents say that they use cannabis as an alcohol substitute, citing less withdrawal, fewer side effects and better self-control. Considering the social benefit, multiple studies have shown that no link exists between marijuana usage and aggression. While, it should come as no surprise that the same could not be found with alcohol.

Washington State has a severe shortage in funding for its public schools. If you don’t believe us, just ask the state supreme court. They decided, in the 2012 McCleary v. State case, that the school system was underfunded by up to $7 billion and gave the legislature an order to up its spending by 2018. Well, that’s a lot of money and both houses are still trying to determine the best solution to the court order. With the wealth of issues facing the state (transportation, anyone?), that amount of funding isn’t just laying around. Enter legalized marijuana. New estimates from the state Economic and Revenue Forecast Council found that recreational marijuana could provide over $630 million in revenue by 2019. That won’t cover all the educational expense, but it would certainly help.

Let’s back up and look at that $630 million forecast. That’s just for the next five years. Over time, considering the industry continues in a stable fashion, that influx of revenue into the Washington economy could make large changes for its residents. Government will never have enough money to cover all citizen requests and needs. And very few people enjoy tax hikes. So, regulating the marijuana industry, letting eager customers pay for it while creating jobs and adding to the state’s coffers seems like a pretty good plan to us.