the top 3 scariest marketing tactics in the cannabis industry

As the cannabis industry continues to be one of the fastest consumer markets, the tactics used by niche companies and startups are becoming more main-stream, legitimized and professional. That doesn’t, however, mean that the scary tactics of old have disappeared. In fact, some have become so predominant in a constantly growing culture, that one has to wonder if the cannabis community is doing its due diligence to foster a safe and healthy community. Since it’s almost Halloween, it’s only fitting that we take a look at the most dangerous and, honestly, scariest marketing tactics some cannabis companies are choosing to use, and explain why you should stay away from using them as well.

Sure, maybe if you fancy yourself the Don Draper type, and have no problem stereotyping, sexualizing and otherwise degrading women.

While many like to lazily use bikini-clad women to peddle their products – or make sexual, downright pornographic innuendos to describe their brand – smart cannabis companies know that times have changed. While the National Survey on Drug Use and Health reported that men were 50% more likely to use marijuana than women in 2012, the rapid changes in the social and political views on marijuana has seen a rise in marijuana use among women. Now more than ever, women are using marijuana for medical or recreational purposes, spilling into the cannabis market as informed and engaged consumers.

It would make obvious sense, then, for a smart cannabis company to refrain from dehumanizing a large population of potential clients. Plus, its misogynistic and horribly sexist, and nobody has time for that.

2. creating marketing, messaging, and packaging that appeals to children

If you have a conscience, this marketing tactic shouldn’t cross your mind. But, for some, creating products and messaging that appeals to the young and impressionable seems like a reasonable way to go. While it would be easy to stick our heads in the collective sand and go about our own business, it’s important that – as we shape this new legal cannabis community and the brands that will become successful because of it – that we ask ourselves: are we comfortable using big tobacco tactics to sell marijuana to consumers?

The answer should be obvious. So, it would be a wiser choice to stay away from THC candies, lollipops, and cookies that are packaged in a way that would appeal to a child, essentially marketing the product as something that doesn’t have mind-altering side effects. When marketed correctly and in an ethical manner, the legalization of marijuana doesn’t increase usage among underage populations, and that is a statistic we should all work to uphold.

3. straight up lying about your product

And then, of course, we have completely unfounded and false claims about a specific product’s effects and health benefits. Which, perhaps, is why we have seen a terrifying rise in the number of deaths caused by Spice and other types of synthetic marijuana, all sold legally and claiming to be harmless. It’s often promoted as a natural or herbal product, using buzz words to create a false sense of safety and security for consumers. It’s important that reputable cannabis brands distance themselves from these kind of tactics, that not only hurt and mislead people, but create a stigma surrounding marijuana that society is still trying to overcome. 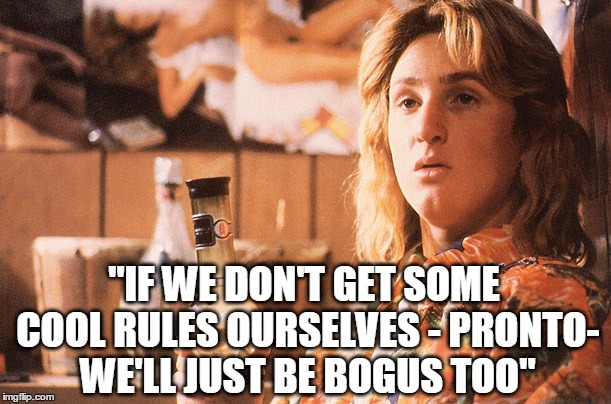 If you’re wondering what your state’s guidelines are concerning cannabis marketing and labeling, you can check out this nifty guide, provided by Leafly. And remember, the best way to successfully market a product is to create a brand that doesn’t need sexism, lies, or morally corrupt tactics to sell.

Once upon a time, not really that long ago, commerce was relatively simple: you made a product and, hopefully, people bought it and you made money. Consumers based their purchase on product utility: did they need it and would they use it?  They certainly didn’t give much thought about the company in terms of what it stood for, who was running it, what its religious or political beliefs were, or whether it shared the same values they had.

They understood that companies were in business to make and sell products, and people either bought it or didn’t. It was simple, really. That’s how it was for decades.

Then, along came the Internet and everything changed.

It was something of a perfect storm: 24/7 access to information occurring in real time, creating a greater social and environment awareness. Soon after, the development of social media enabled individuals to observe, critique and comment on anything they felt needed to be known. Suddenly, there was no place to hide and companies were caught in the crosshairs of a more informed, judgmental and critical audience. It was no longer simply about a product, but what you did as a company for the greater and common good, that became part of the a potential customer’s purchase consideration.

Brand has always been about people buying products that reflect who they are or aspire to be.  Whereas this previous bond between consumer and product was on a more superficial level – I just feel good wearing this brand — the Internet has now provided people with the ability to know a company as well as they know a close friend. So the brand – consumer connection moves beyond product alone into “this product comes from a company that represents exactly what I believe.” As companies have grown and their impact on lives have become more apparent, they’re under more scrutiny than at any time before.

What are their labor practices? Are they making jobs here or in another country? How much do they impact local issues? Are they run by people I respect and admire? How do they give back to the community and society? Once upon a time, John D. Rockefeller gained a reputation as someone who cared about the less fortunate by handing out nickels to children on the street. Of course, that would be a bit less effective today. Instead, in running your cannabis business –

you need to make both a profit and a difference

Today, the traditional bottom line has evolved into the following: People, Planet, and Profit. Nicknamed the “three Ps” or the “three pillars of sustainability”. Beyond the financial, consumers measure performance in terms of the positive social and environmental impact your company/products/brand has on the world.

So, as you form your company, in addition to product features and benefits, think of what you do in a holistic sense: How can you reveal the heart behind what you do in terms of having a social and environmental agenda? Remember: people will want to know and they will find out. And the choices you make – your business practices and ethics – will either fit what they look for in a brand, or they won’t. It’s up to you.